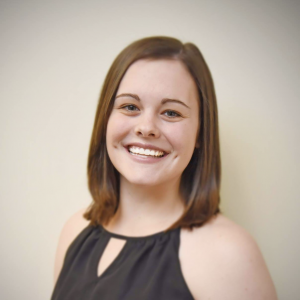 Autumn is a favorite season for many of us , bringing fall decorations, football games, and pumpkin spice candles. These are actually favorite parts of fall for Kelsey Fletcher Dobbins, a current PY4 (Class of 2019) completing her APPE immersions in Raleigh, NC. She is a third generation Tar Heel, born and bred, and a crazy dog mom to her rescue puppy, Molly. For this week’s feature, Sit with Senate’s Shuyan Huang and Clara Kim interviewed Kelsey on her experiences at the Eshelman School of Pharmacy.

Sit with Senate: How has your perspective on the profession of pharmacy changed since joining the ESOP community?
Kelsey Fletcher: When I entered pharmacy school, I was pretty naive to all of the different career options offered by obtaining a PharmD. I feel that I have taken classes that have really broadened my perspective on the different paths I can take after graduation.

SwS: What’s the best piece of advice you’ve received?
KF: “There will be two dates on your gravestone: the day you were born and the day you die. What really matters; however, is what you did in the time between. Make your dash count.”

SwS: Who is your favorite professor at ESOP, and why?
KF: It’s really difficult to pick a favorite because so many of the professors at ESOP have greatly impacted me. However, if I really HAVE to narrow it down, I would choose Dr. A. Throughout the past three years, she has been both my professor and my preceptor. I have also worked closely with her as president of the pharmacy fraternity Kappa Epsilon (she is the advisor). She has been very involved in my journey at ESOP, and I cannot thank her enough for the positive influence she has had on me.

SwS: How have you evolved as a student since you started pharmacy school?
KF: I entered pharmacy school after 2 years of undergrad, unaware of my own abilities. I grew from a timid PY1 who was always worried that I had the wrong answer to a confident PY3 who is never afraid to speak up in class, contribute to group projects, and be a leader in the school. I am now on my fifth rotation of PY4 year and I am loving every minute of it!

SwS: In your opinion, what is a trait of a strong leader?
KF: A strong leader has to be a servant first. You have to serve and support others on your team so that they are comfortable carrying out the tasks at hand. I have found that the more you help others, the more they will support you.

SwS: What is your favorite drug and why?
KF: I am all about statins. They have utility in so many disease states, from diabetes to ACS to heart transplant. I am skeptical that a day will come when a drug takes down the mighty high-intensity statin (save for the occasional, way-too-expensive PCSK9 inhibitor).

SwS: How would you explain the career of a pharmacist to the general public in ten words or less
KF:  Always there from preventative to acute to chronic care.

SwS:What did you want to be when you grow up?
KF: A storm chaser or traveling marine biologist. 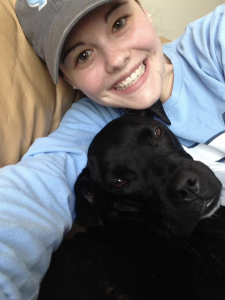